You are here: Home / Ramblings / JCPenney to Implement Self Checkouts Goes from Fair & Square to Dumb & Dumber?

JC Penny announced it will be phasing out the checkout registers we all know and implementing self checkouts. Great…more changes! Just kidding,  you won’t hear me blasting any WOO HOO’s anytime soon.

I’ve kept pretty quiet since JCPenney decided to do away with their markdowns and coupons. I figured I’d wait it out a few months, just to see how it would play out. I miss receiving my coupons in the mail and admit I used them frequently. Not anymore. My family has only gone into our local Penney’s store (in Topeka) twice since the changes. The last time was a couple of weeks ago.

To my surprise, it seemed bare and desolate. It was easy enough to find a parking space close to the doors, (which was unheard of on a Saturday prior to their changes). The store itself was under stocked, with a great deal… of open space. I looked at my husband in shock! This bore no resemblance to the JCP I knew and loved to shop at. It was all self serve. There were no sales people to be found or anyone asking if we were finding what we needed, registers had been removed and upstairs where all of the kitchen items are found – looked like a wasteland. I couldn’t find anything, and what I did find was overpriced compared to last year. I pulled back a so called “fair” price sticker that showed a higher price than the manufacturers retail price! The styles seemed out dated and the colors were shabby. My husband simply remarked, “Nothing to see here.”

We left and found what we needed at Dillards and STILL paid less! For the life of me, I can’t see how any of these changes equals their marketing premise of a “Fair & Square” shopping experience. Has it gone from “Fair & Square” to Dumb & Dumber”? No real choices, no shoppers, no good prices, no coupons and quality wasn’t up to standard. Even their “best prices” were higher than their regular prices were last year!

Reading a recent article, I now learn that JC Penny will be doing away with cashiers and using a new cash free system. This interface will work as more of a self-check out if you will. I normally don’t have the patience for them unless I have one or two items and almost always have problems that take longer to rectify than going through a regular check out. Most people I know aren’t fans of the self checkout either and that’s just in grocery stores. I can’t imagine fumbling with clothes on hangers, shoes in shoe boxes and the like doing this yourself. The system they are planning to use is called RFID’s or Radio Frequency Identification Chips.

Basically, if you’re shopping in the store and want to check out, a sales clerk will be roaming around with a device on a smart phone or ipad allowing them to check you out right there on the spot. Or maybe you need the smart phone/ipad and the clerk holds the devise? I don’t know. Like previous explanations of their changes, this one is confusing as well.

As a shopper, I don’t understand how this will work for a host of reasons like:

From what I gather, this would only work if you’re using credit cards that will probably charge you a higher fee for doing so. The idea is to eventually do away with using cash all together. I always promote using cash. What you think you save ends up costing you more in interest charges in the end when using store credit cards – if you don’t pay them off monthly and a majority of people don’t. This next wave of having no check-out registers will be rolling out during the Fall of 2013 and be fully functional at all stores by the beginning of 2014.

When new CEO Ron Johnson (who came from Target and before that Apple) came in on the scene, he changed more than just doing away with coupons. He overhauled his team at the top (no shocker that most of them also have ties to Apple) and paid all the new blood…wait for it….paychecks in the millions and with the incentives of stock awards worth $12 – $32 million more – EACH! All this for only working only one year. You can read about that here.

Don’t get me wrong, I’m not against anyone earning a fantastic pay, if they deserve it. However, there’s no common sense in saying your going to revitalize a company, when your actions reveal what feels like an underhanded back-room deal to bleed it dry. All the while you and your friends are laughing all the way to the bank. How any of them sleep at night is beyond me. Additionally, if the company was struggling so terribly, how the board let the former CEO Myron Ullman III leave with his last year’s compensation of $34 million is equally perplexing.

A few months ago when consumers were upset that JC Penney would be doing away with coupons, CEO Johnson remarked that using coupons was like a “DRUG”  – “like alcohol to alcoholics” and COO Michael Kramer stated that couponers needed to be “educated”. After those remarks a good percentage of customers stopped shopping there. Then, Penney’s executives went on to blame their $55 million loss on “Couponing Moms”…. ARE YOU JOKING?? What they SHOULD have been was smart enough not to make such a statement. What marketing Einstein thought of that one? At the very least, they should have asked for forgiveness and found out from those very couponing moms how to get them back in their stores! How, in their right minds can they blame their decisions on the very people that shop at their store – with a straight face?! What the heck are they smoking?

The blogosphere is in a roar today talking about the latest changes to come. People are asking, “Whatever happened to “The Customer is King”? Why not actually find out what your shoppers actually want? How can these highly paid “executives” be so out of touch?” They also don’t hold back, letting the company know their displeasure in the recent changes and that they won’t be shopping there any longer. The reviews of the store’s newly designed aesthetic changes are mixed however.

Some shoppers like the new changes and are pleased while others say they have found the same disappointing things I found. I’m not sure why the reviews are so split on this subject – if this is due to bad coordination and implementation, poor individual store management or particular areas just aren’t receiving the same attention. What ever the reasons, they’re not receiving an A+ across the board. Albeit their poor execution explaining what and how they would implement the changes, I understand what they’re attempting to accomplish – as a savvy shopper, I just don’t happen to agree with them.

JCP will have to let workers go – and have. They’re scrambling to make up for millions they lost from their first decision – taking away coupons during a time when they’re the most popular – spending millions on corporate compensations and now announcing an expensive interface.  Not to mention, irresponsibly alienating their largest group of shoppers. Macy’s tried doing away with coupons in 2005 and ended up going back to them in 2007 – because they worked! I fear JCP execs might be hard headed enough to see this through. If so, they could end up like Montgomery & Ward and Woolworth. Gone. It’s a similar mindset that who took away the catalog and almost ruined Sears. They’ve never fully recovered.

I have a few words of advise for Mr. Johnson and Mr. Kramer. Families are strapped and care more about fantastic deals on quality products than your billion dollar, high tech interface or your inflated ego striving to be the next Steve Jobs. You came in and raped a struggling company for all the inflated payouts you could get your hands for yourself and your “genius” friends, while struggling workers have had hours, insurance and/or jobs cut. Just an FYI fellas, that never sits well with us regular uneducated folks.

Come back to us with your hat in hand. Earn back your base customer’s confidence in you. Bring back quality goods at phenomenal prices, along with those little pieces of paper that make customers feel they’re getting an even better deal. Who cares if it’s called a coupon? Call it something else if you hate the word so much. Call it savings certificate. I don’t care, just bring them back! You don’t have to have hourly sales but at least have them….better executed ones would help. If it takes a little groveling and crow-eating to save the company, I say DO IT and do it NOW!

In the meantime, this girl will not step foot in in a JC Penney store unless they go back to what they had.  If you like the new changes, have more money than time, can find what you need and can afford to shop there – then God bless! I’ll take no offense however, you won’t find me there. I’ll take my business to other stores that actually appreciates their clientele. You know – the places that don’t take their shoppers for granted, patronize them or treat them like raging lunatics. I’m glad the CEO and COO made the comments they did. As insulting as they were, at least they were transparent, honest and I know what they truly think of me.

The money I won’t be spending there let’s them know what I think of their changes.

If you love dogs, keep up with all things Tara! 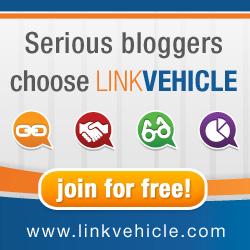